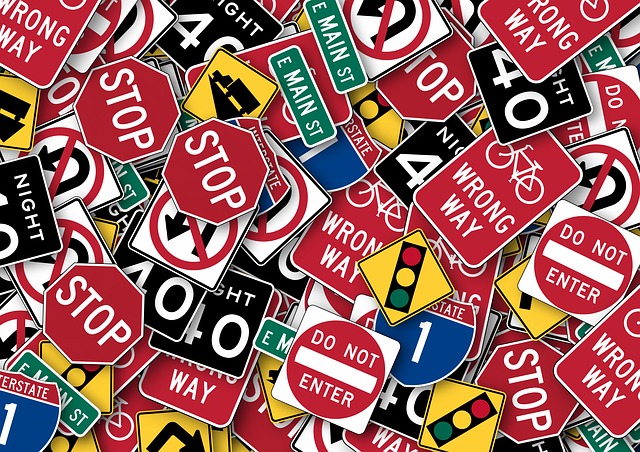 If you would like support with your EEA family permit application or a review of your draft application before submitting it, feel free to contact us at [email protected]

EEA family permits are issued under the Immigration (European Economic Area) Regulations 2016 but has seen little change from Regulations 2006. The issue of the permits does not fall under UK Immigration Rules.

The purpose of the family permit is to allow overseas nationals, from outside of the European Economic Area (EEA), (or non-EEA nationals) to enter the United Kingdom (UK) and join their family member, as long as they are the:

There is no application fee and the process is not as onerous as compared to, say, applying for a UK spouse visa under the Immigration Rules. So what could possibly go wrong? Let’s explore…

According to the Home Office’s National Immigration Statistics as of the end of 2018,  the number of EEA family permits that were granted from 2015 to 2018 was as follows:

Extracting details of the number of successful applications and the rate of refusals is difficult and UK Visas and Immigration (UKVI), the body responsible for processing applications, is often unwilling to provide such specific data. Much of the data tends to include other types of applications and categories.

Yet, from direct experience, UKVI was well known for inappropriately refusing EEA family permits and using an inconsistent approach when considering applications.

When presenting cases in the immigration Tribunal on behalf of the Secretary of State, it was, unfortunately, not usual for applicants to successfully lodge an appeal against an adverse decision of an Entry Clearance Officer or in a few instances, to withdraw a UKVI decision because it was poorly argued.

Nowadays, the decision making has improved but the European Commission noted that non-EEA family members are still being denied family permits by UKVI on invalid grounds, or without a justified reason.

In fact, the European Commission stated:

Only in the UK is it possible to state that the number of refusals of entry or residence, as well as expulsions of EU citizens, is steadily on the rise

It went on to say:

National authorities indicate that this is the result of concerted efforts to refuse entry or to expel EU citizens convicted of a criminal offence, as well as EU citizens who do not meet the conditions attached to extended residence rights under Article 7 of the Directive. This indicates the UK’s willingness to publicly demonstrate that it is addressing popular concerns such as criminality and immigration, including the immigration of EU citizens

It’s hard to disagree with this. There are times when, the way in which non-EEA family members visa applications are handled appear to support the Commission’s assertions that barriers are deliberately being placed.

For instance, it is not uncommon for non-EEA family members to be asked to produce excessive levels of documentation  so as to secure their permit and still experience delays of sometimes 12 weeks and beyond.

Similarly, it is difficult to assess the main reasons invoked by UKVI for refusing to grant non-EEA family members entry to the UK. Yet from past UKVI experience, research and information from clients looking for assistance after a refusal, the top 5 reasons for EEA family permits can be seen as follows…

3. The applicant does not provide any (or adequate) evidence to support their claim to be the direct family member of an EEA national

Direct family members of EEA nationals are set out in Part 7 of the EEA Regulations as:

The above members are viewed as the core of the EEA national’s family.

When assessing the application, it is important for documentary evidence is provided to UKVI to show the relationship between the non-EEA family member and the EEA national.

The type of documentary evidence needed will depend on the nature of the relationship. As a guide, such documents can include:

2. The EEA national is not a qualified person because there is no evidence of Treaty rights being exercised

If the EEA national has been in the UK for more than 3 months they must either:

Where UKVI is not satisfied of the above, you can expect to receive an EEA family permit refusal with the following wording:

If the EEA national does not have a permanent residence status, some examples of recommended documents of exercising Treaty rights may include:

EEA nationals that are financially self-sufficient or studying in the UK must have comprehensive medical insurance to be a ‘qualified person’ and it is recommended that evidence of insurance be submitted to UKVI.

1. The applicant is a party to a marriage of convenience

UKVI defines a marriage of convenience as an ‘abuse of the right to reside’. Unsurprisingly, where UKVI suspect that the marriage or civil partnership between the EEA national and non-EEA national was entered into to circumvent the UK immigration rules, the UKVI will issue a refusal with the following wording:

One of my previous clients, a US national, was absolutely devastated to receive a letter from UKVI informing her that her recent marriage to a French national was a sham.

A similar sentiment was expressed by Mr Polyakov, a Russian national, married to his German wife, Anna who had sought an EEA family permit to visit his daughter and newly arrived grandson in the UK. Mr Polyakov was surprised to find that the genuineness of his marriage was doubted by UKVI because he had submitted his marriage certificate, but has not provided photographs of his wedding. Mr Polyakov and Mrs Polyakov have been married since 1975!

In the case of our client, she had followed the online guidance and submitted her original marriage certificate.  UKVI’s guidance makes it clear that a valid marriage certificate is sufficient to prove a family relationship. In fact, where UKVI suspects that the marriage is one of inconvenience, the burden of proof falls on UKVI to support their assertion by testing their suspicions.  This is supported by case law.

Yet despite this guidance, UKVI did not ask the client to provide additional information about the relationship. Nor had the client or her spouse been invited to an interview. Unfortunately, the client’s time frame for lodging an appeal had lapsed and so the decision to refuse the application for this reason could not be challenged.

She contacted Thomas Chase Immigration for the first time to assist her with a new application for an EEA family permit.  By now, she had been married for 6 months.

To help the client increase her chances of success in securing an EEA family permit, she was advised to gather as many documents that she had that related to her relationship with her spouse. The purpose of this exercise was to show UKVI that despite the couple’s marriage of 6 months, the couple had been in a genuine relationship for over 2 years.

The following documents were submitted:

We provided a covering letter, setting out the client’s circumstances, how she met the requirements, and touched on her previous refusal and how this application differed. We helped the client to make a strong application. Needless to say, the client’s application was approved.

Have you or someone you know received a recent refusal? What were the reasons given and what advice would you give to others?