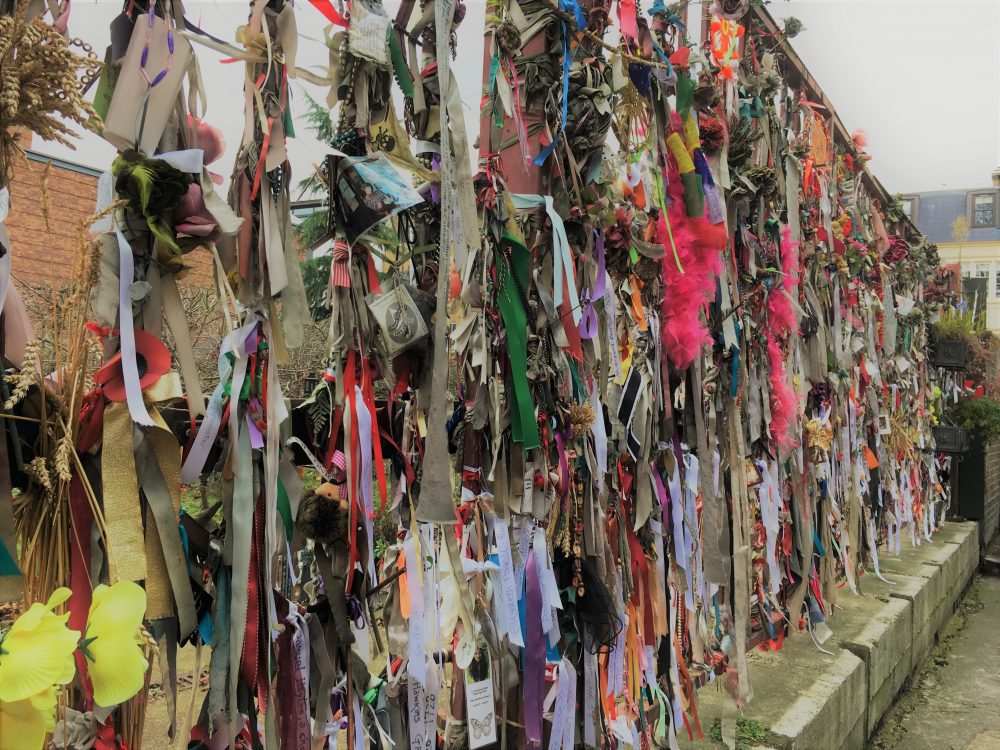 You have probably heard it all before. London is vibrant, cosmopolitan, historical, yet modern, lively and diverse. And we agree. So we are starting a series that explores a small part of London. Today, we look at the Cross Bones Graveyard and the Cross Bones Memorial Gates.

Long before The Shard towered over Southwark, a nearby area, known then as The Mint, was infamous for being a violent slum for the poorest Londoners.

By the time of the 19th century, ‘25% of the population was living at or below subsistence level’ in the United Kingdom (UK) according to LocalHistories.org.

LocalHistories.org goes on to say that;

‘Surveys indicated that around 10% were very poor and could not afford even basic necessities such as enough nourishing food. Between 15% and 20% had just enough money to live on (provided they did not lose their job or have to take time off work through illness)’.

For those who had lost their jobs or had no jobs at all, the dreaded and often feared workhouses awaited. Workhouses were designed to be austere, harsh and very unpleasant so as to discourage only but the extremely poor from seeking State support.

Rather than turn to the workhouses, those facing poverty often took their chances on the streets. To counter this, in 1834, Parliament passed the Poor Law Amendment Act, designed to move beggars and ‘paupers’ off the streets and force them into workhouses. The Act also sought to reduce the financial cost, to the State, of looking after the poor.

In London, those facing extreme poverty were deemed outcasts and buried within Cross Bones Graveyard on Redcross Road, SE1.

When the Cross Bones Graveyard closed in 1853, it was said to have held the remains of 15,000 paupers, including the bodies of The Winchester Geese, licensed sex workers during medieval times, who were then taxed severely by the Bishop of Winchester.

Many of the bodies of the paupers were removed following the Jubilee Line extension.

Check out crossbones.org.uk for more information about their campaign to preserve the site and gardens.