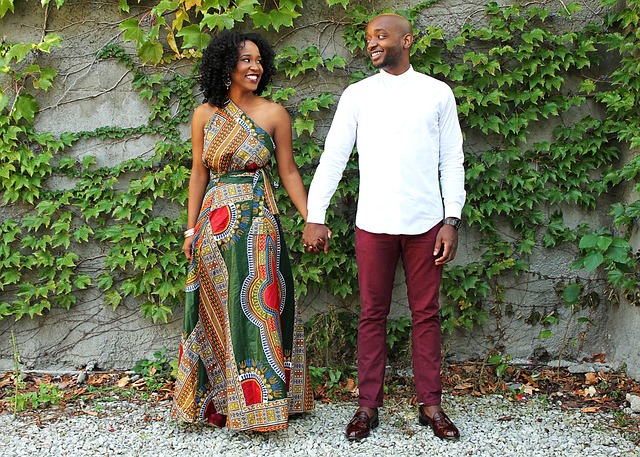 Here, we assess when it may be appropriate to apply for a fiancé visa and the requirements to be met.

For context, Paul called to establish if we could help him apply for a visitor visa from India, our fees, and the time that it would take to secure the visa.

Paul was reluctant to say anything further. It did not stop us asking him several questions to determine that Paul had applied for a visitor visa to enter the UK and had been refused on 2 separate occasions. With further questioning, Paul relaxed and shared that he the prolonged absence from his long-term partner in the UK had taken a huge toll. Paul planned to travel to the UK as a visitor and marry his partner. Once married in the UK, Paul wished to apply for a spouse visa in the UK.

Fortunately, we were able to advise Paul of the flaws in his plans. Under paragraph V 4.2 of the Immigration Rules Appendix V: Visitor, a person entering the UK as a standard visitor must demonstrate that they will leave the UK at the end of their visit. This applies to the Marriage and Civil Partnership visitor visa also, which would allow Paul to enter the UK to marry his partner. As Paul wished to stay in the UK, Paul clearly did not meet the visitor or Marriage Visitor requirements. Instead, he would be hurtling toward visa refusal Number 3.

Paul’s partner, Rita, is an Indian national living and working in the UK as a software engineer. Rita had acquired indefinite leave to remain (ILR) under the highly skilled worker route. Due to Rita’s immigration status, and the couple’s goals, we suggested that Paul apply for a fiancé visa to travel to the UK and we assisted him with the application process.

An overseas national may travel to the UK to enter marriage or a civil partnership with a person present and settled in the UK. Therefore, under this route, Paul may apply for a fiancé visa to enter the UK to marry Rita, within 6 months of his arrival. Following the marriage, and within the validity of the visa, Paul may apply for a spouse visa to remain in the UK with Rita. The spouse visa will offer Paul a route to settlement and allow him to work in the UK. Paul will not be permitted to work in the UK under the fiancé visa.

Under paragraph 290 of the Immigration Rules, to successfully apply for a fiancé or fiancée visa, the applicant must demonstrate that they meet the requirements. Key requirements include:

The intention to marry

Paragraph 290 (i) of the Immigration Rules states that the applicant must seek leave to enter the UK to marry or enter a civil partnership to a person who is present and settled in the UK or who is on the same occasion being admitted for settlement. This includes, a British citizen, person with indefinite leave to remain, or settled status under the EU Settlement Scheme.

Rita holds indefinite leave to remain in the UK, or settlement, and is presently in the UK. Rita is therefore eligible to sponsor Paul’s application to enter the UK as her fiancé.

Paul and Rita must also demonstrate their intention to marry in the UK. Paul had bought an engagement and wedding ring for Rita, for which he had the receipts. Paul and Rita also arranged a provisional date for their marriage ceremony with Rita’s church. The documentary evidence was used to support the application.

The couple must have met

Paragraph 290 (ii) of the Immigration Rules states that the parties to the proposed marriage or civil partnership must have met.

Rita and Paul had met in person in India. In fact, Rita had travelled to India on numerous occasions to meet with her family and Paul. In support, Paul had provided photographic evidence of having met Rita in person, together with Rita’s travel itinerary to India and the couple’s communications with each other. We were able clearly document that Rita had spent a significant amount of time with Paul.  This also supported the assertion that the couple were in a genuine relationship.

The couple must have adequate accommodation

The Rules state that the applicant must have adequate accommodation in the UK, from the date of entry until the date of the marriage or civil partnership, without the need to claim State funds or housing support.

Paul and Rita advised that upon Paul’s entry to the UK, Paul intended to reside with his uncle, with the couple living together at Rita’s one-bedroomed flat, once married.

In support of the application, we provided details of Paul’s uncle’s status in the UK, and details of his property and ability to accommodate Paul at his home.

After the marriage or civil partnership, paragraph 290 (v) of the Immigration Rules requires the couple must have adequate accommodation, including for any dependants, without recourse to public funds, which they own or occupy exclusively.

To comply with this requirement, evidence of Rita’s ownership of her London property was submitted.

The couple have adequate funds

Under paragraph 290 (vi) of the Immigration Rules, the parties must show that once married, they will be able to adequately maintain themselves and any dependants without recourse to public funds after their marriage or civil partnership.

The financial requirement will apply here. The sponsor must therefore demonstrate that they earn a minimum of £18,600 per annum. Further, the sponsor must have earned the requisite level of income for 6 months immediately preceding the application date.

Rita earned over £70,000 per year plus bonuses. Documentary evidence of Rita’s employment and earnings were submitted to cover a 6 months’ period.

Were children involved in the application, the couple would have been required to meet a higher financial threshold.

The applicant must meet the English language requirement

The applicant may be exempt from meeting the requirement due to their age, compassionate circumstances or because they are a national of one of the following countries: Antigua and Barbuda; Australia; the Bahamas; Barbados; Belize; Canada; Dominica; Grenada; Guyana; Jamaica; New Zealand; St Kitts and Nevis; St Lucia; St Vincent and the Grenadines; Trinidad and Tobago; United States of America.

In the absence of an English language test or exemption, the applicant must provide an academic qualification, which is deemed by UK NARIC to meet the recognised standard of a Bachelor’s or Master’s degree or PhD in the UK.

Paul had studied for a Master’s degree in Computer Application, taught to him in English at a university in Bangalore in India. We reviewed Paul’s Master’s degree certificate and forwarded the document to UK NARIC to confirm that the qualification was taught or researched in English. The documentation was submitted to UKVI to meet the English language requirement.

Within the application we also addressed the reasons for Paul’s past visitor visa refusals.

As a result of the strong application, Paul received a fiancé visa to enter the UK. At the time of writing, Paul and Rita are due to marry soon and we are guiding them on the next steps.

The fiancé visa (or fiancée visa) is beneficial for overseas nationals looking to not only travel to the UK to marry or enter a civil partnership with a British citizen or settled person, but to stay in the UK after the ceremony. There are requirements to be met under the Immigration Rules, which we have highlighted above.

Another take-way from this post, is that it can help to discuss your aims with an immigration adviser. This will ensure that you are applying for the most suitable visa based on your circumstances. Paul was adamant that the visitor visa was the right option for him. Yet, the option that Paul had chosen was inappropriate for his needs. Speaking with an adviser with knowledge of UK immigration laws can save time, money, and the anguish of a visa refusal.

If you have questions or concerns or you would like straightforward immigration advice, or help applying for a visa, feel free to contact us.