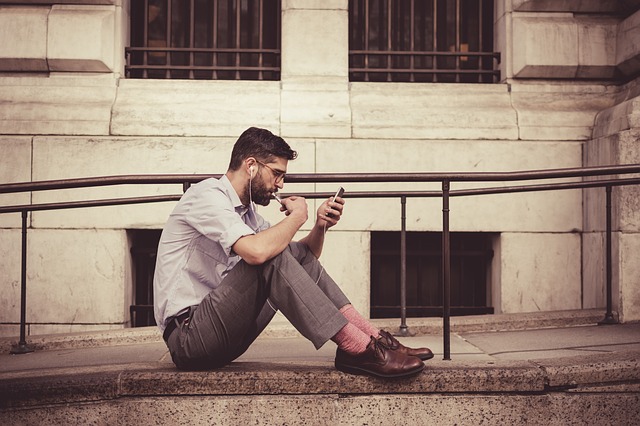 It’s funny the things that stand out the most during your day. A client’s elderly mother had secured an EEA family permit to travel to the UK from Venezuela, which was even more pleasing given their situation.  Yet, it was a subsequent speculative email about an immigration consultation from, let’s call him Roberto, that lead me to write blog post about why we may offer an immigration consultation and charge a fee.

Roberto sent us a lengthy email, which I was asked to respond to. As a non- European Economic Area (EEA) national, he had, it appears, applied for a fiancé visa to marry his British partner. He contacted Thomas Chase Immigration after reading one of our blog posts, to seek personal advice about his and his partner’s next steps, the application process, timings and overall Home Office application fees.

Roberto said had contacted various firms in the past and that it was the Foreign and Commonwealth Office that advised him of the process to follow.  Only now that he was in the UK, he had received contradictory information leaving him a little confused.

It was difficult to provide some general information in light of the full personal nature of the questions. I responded by saying that I could not offer Roberto specific information without knowing more information and that if he wished to receive advice tailored to his circumstances, that could be done by way of a telephone consultation, with the advice given provided in writing, for a fixed fee.

For some individuals who find the fee to be unsuitable, we refer them to the website of the Office of the Immigration Service Commissioner (OISC) so that they may locate another independent regulated immigration adviser whom may be in a position to offer free detailed advice

In Roberto’s case, his response was filled with anger and frustration that we had the temerity to charge for an immigration consultation. He acknowledged that the blog posts were well written and helpful, yet accused us of writing those blog posts with the sole intent of luring readers into paying for a consultation fee.

Roberto accused us of ‘gaming the system’ and said that he had since had a free consultation with another immigration company who quickly answered his questions and offered to take forward his application, an offer that he would likely take up.

So here’s the response that I sent to Roberto:

“I am pleased that you found the blog to be nicely written as our intention is to give our audience as much free general information as possible to help them take forward their own application, or at least be better informed.

Nevertheless, you seem angry and frustrated overall, so let me respond in more detail.

As stated in the earlier email, and on our Contact Us page and in responding to written comments on our blog posts, we can only answer general questions without charge.

We provide specific immigration advice to questions via a telephone consultation and that service carries a fee of £129 for our time, expertise and for preparing a written record of the advice given. And I’m afraid, your questions are personal ones about what is right for you based on your circumstances.

We could offer ‘free’ consultations, with the intent of ‘selling’ our application services at the higher rate; but often our consultations are detailed enough to answer the questions and help clients take forward matters on their own, if they wish.

What I am personally keen to do, having worked in the Home Office and seen the impact of poor immigration advice, is avoid giving general information to you over the phone, that would differ had I of known the full facts of your particular circumstances. After all, immigration applications are personal and dependent on the individual circumstances.

Our services are obviously not for you, though I am pleased that you have found assistance elsewhere“.

Sadly, Roberto proceeded to mansplain immigration and business, at which point there was nothing left to say. We certainly wish him all the best!

However, the point stands. We can offer general information during a call free and we enjoy engaging with you and helping point you in the right direction wherever possible. So do go ahead and give us a call.

What we cannot do as professionals during a general call, is give specific and personal advice based on unverified information. Had Roberto arranged a consultation, I would have answered his very specific questions, as well as reviewed his current visa to ensure that he was aware of the next step in the process, and was clear of the strict date by which the new application must be submitted.

Based on his circumstances, Roberto would have been given information about the immigration fees and additional costs such as the Immigration Health Surcharge. It would have also been useful to establish if there was anything about his matter, which had led to him receiving contradictory information. For instance, had something changed since his arrival to the UK?

There is a cost. Many of the clients that use this service feel informed and say that the feel so much clearer about the way forward. Many times that’s enough.

What we do not need to do, is offer free consultations so that we may hard sell the application service. That’s just not our approach, though it works for some. And in any case, it often leads to some advisers having to contradict their earlier ‘advice’ during the free immigration consultation, once they are in possession of all the verifiable data and information. I’ve seen this before when I worked in a law firm and clients can get very annoyed!

As I had said to Roberto, we are not for everyone, and that’s fine. There are more than enough OISC regulated immigration advisers to cater to the needs of the individuals seeking assistance.

If you have a general question, you can call; get in touch via the blogs; or send an email to [email protected]

Nonetheless, if you would like to arrange an immigration consultation for advice about your specific circumstances, we can help too. But there will be a fee.